Metos has been supplying professional kitchens for almost 100 years. We are the market leader in the Nordic countries, the Baltic countries and the Benelux countries and belong to the ALI group. Metos employs about 750 people in ten different countries.

The history of Metos in a nutshell 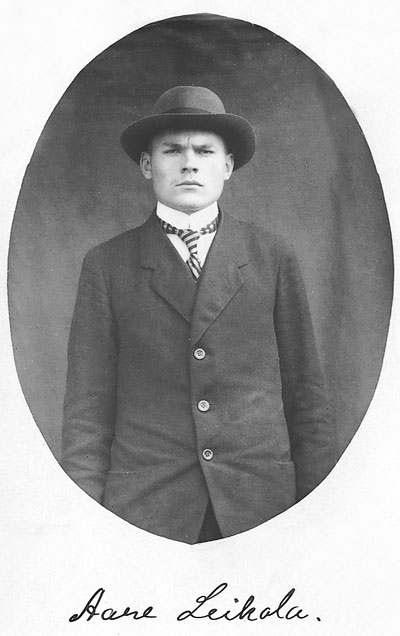 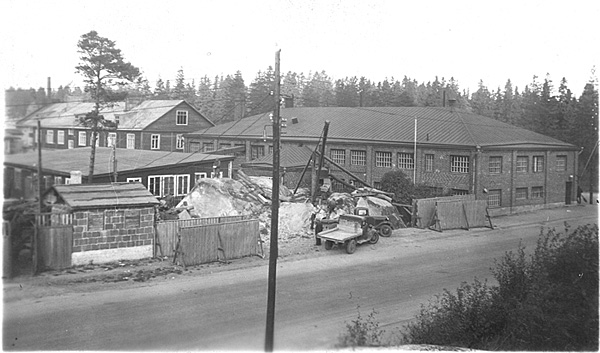 Metalliteos expands its premises on the corner plot of Elimäenkatu and Kuortaneenkatu in the late 1930s. The wooden building got the nickname Siberia from the workers. There were no much talked about ventilation problems in the lower floor, as the building had a genuine dirt floor. 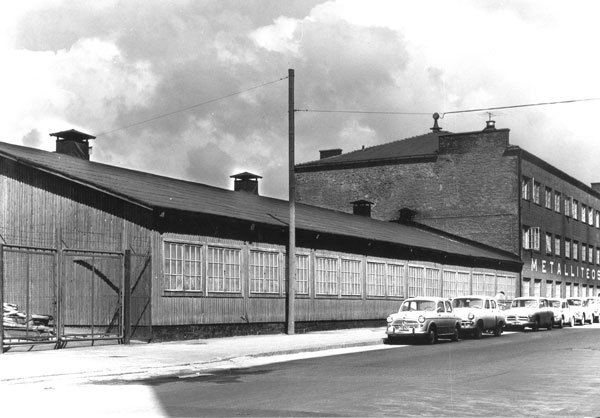 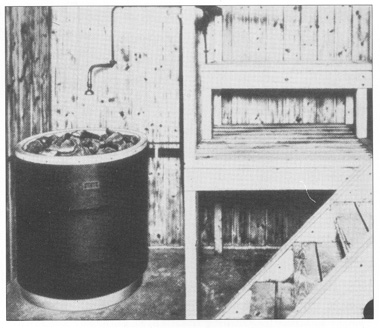 Metos manufactured the world’s first prefabricated electric heater in 1938. The stove was delivered to SOK’s office in Vaasa and the test drills were taken in a beach sauna in Tuusula on Rusutjärvi. Metos gave up the manufacture of heaters in 1983. 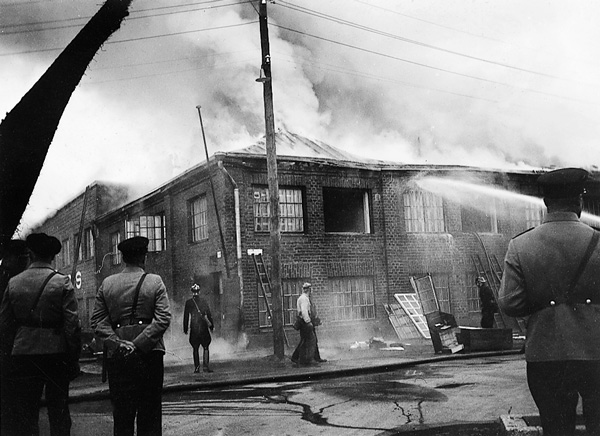 The fire of 1938 destroyed a significant part of Metos’ production facilities. The picture shows the shutdown work in progress. 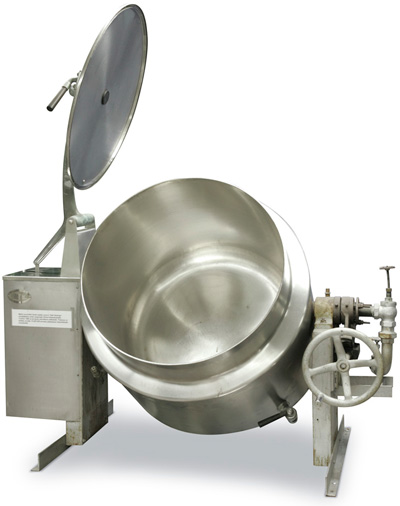 In 1940, Metos supplied pots for the Helsinki Olympics. The Games were not held due to the war, but the pots served at the Helsinki Food Center for more than 40 years. This individual in the photograph, after actual power use, still reached the Metos Museum in full use. 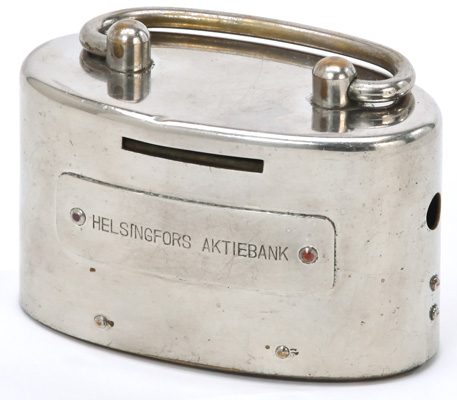 Metos has also manufactured a few consumer products. One of the best known is a metal savings box made in the 1940s and 1950s with at least oval, rectangular and square base plates. The bottom of the box is stamped with O / Y Metalliteos and a number indicating the bank. At flea markets and online auctions, the price of tickets varies between 20 and 65 euros, depending on the condition. 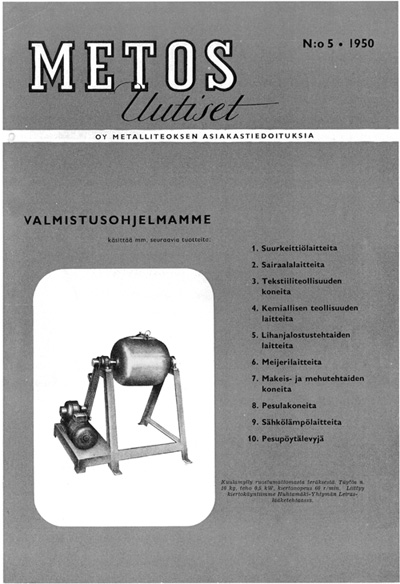 Founded in 1950, Metos News is one of the most widely read customer magazines in the industry. 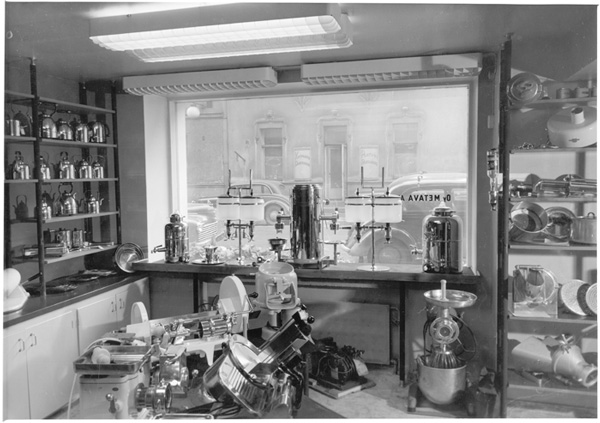 Before moving to Kerava, Metos’ sales exhibition has been located in Helsinki over the years at several different addresses, including Mannerheimintie, Fennia House, Arabia, Elimäenkatu and Yrjönkatu. The picture is from the Yrjönkatu exhibition, which opened its doors in 1956, opposite Hotel Torni. 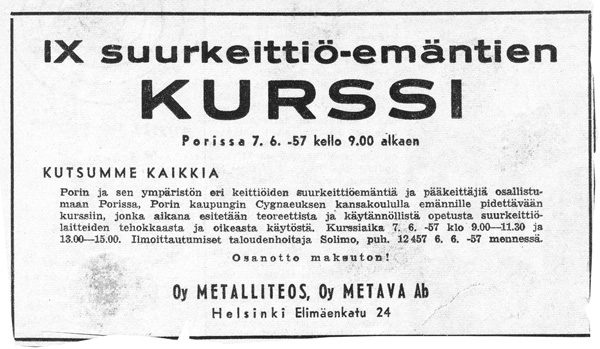 Education has been part of Metos’ operations since the 1950s. Hostess days held across the country were so popular at the time that not everyone who was willing could fit in. The announcement is from 1957. 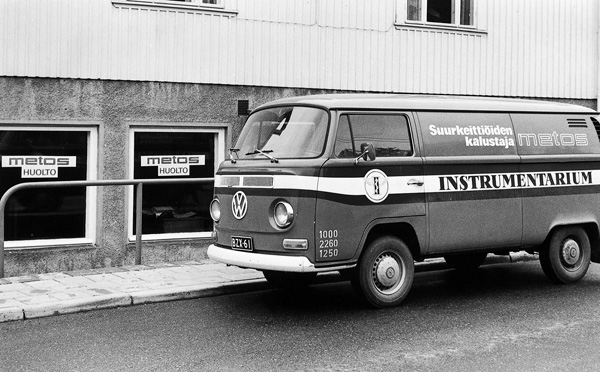 As the kitchen equipment base grew, maintenance became an increasingly important part of the service package. The year of establishment of Metos Service can be officially considered to be 1962, when it was formed into its own business unit. The picture shows a service car photographed in front of a Turku service point on Ampumakentäntie when the license plates of the vehicles were still black-based. 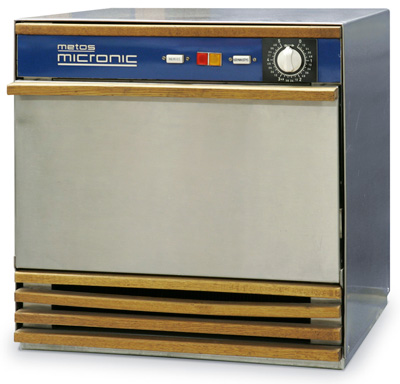 Metos Micronic, which saw the light of day in 1965, was the first microwave oven made in Finland. The oven has the same power as today’s small household microwaves. The power deficit is offset by stylish details such as liquid cooling and teak wood moldings. 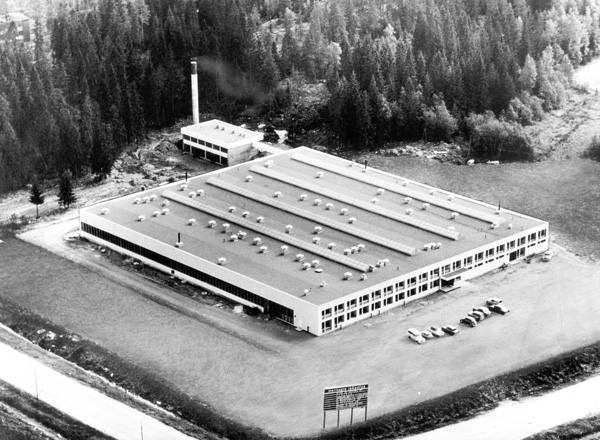 Kerava’s business premises were built in several different stages in 1963-2002. This was what the site looked like in 1964, when the first phase of the factory was completed. The plot is partly on President Juho Kusti Paasikivi’s former agricultural lands. 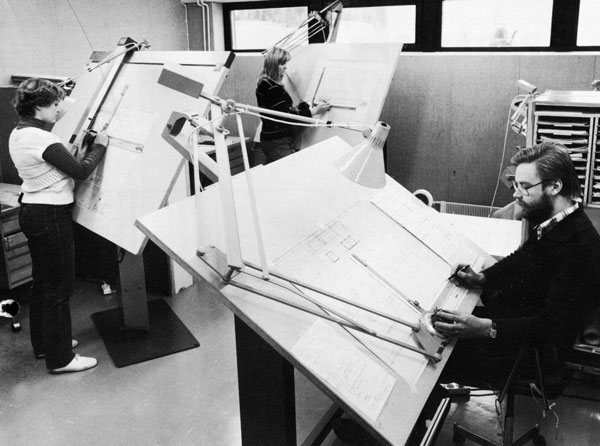 Metos added kitchen design to its range of services as early as the 1950s. At that time, the investment was groundbreaking, as the professional kitchen industry, like many other industries, was very production-oriented. The photo above was taken in 1979, when the computer-based AutoCAD system was not yet in use. 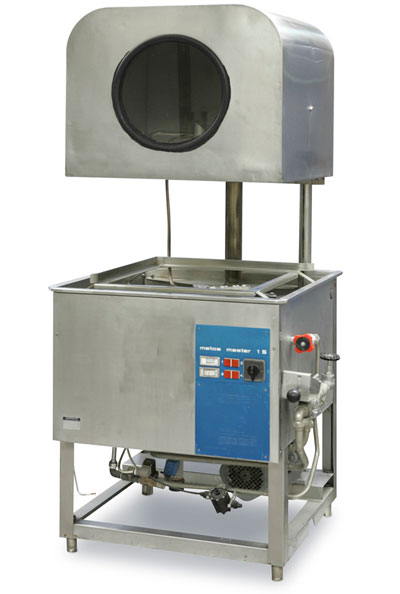 Washing machines have been made at Metos since the 1940s. The Novos Metos 015, sold at the turn of the 1960s and 1970s, had a novelty water-pressure dome lift, the valves of which can be seen on the right side of the machine. 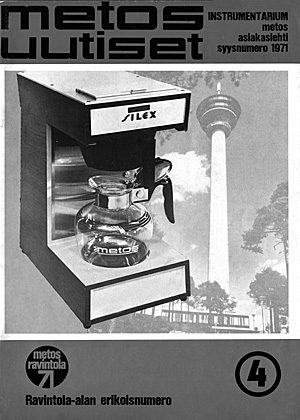 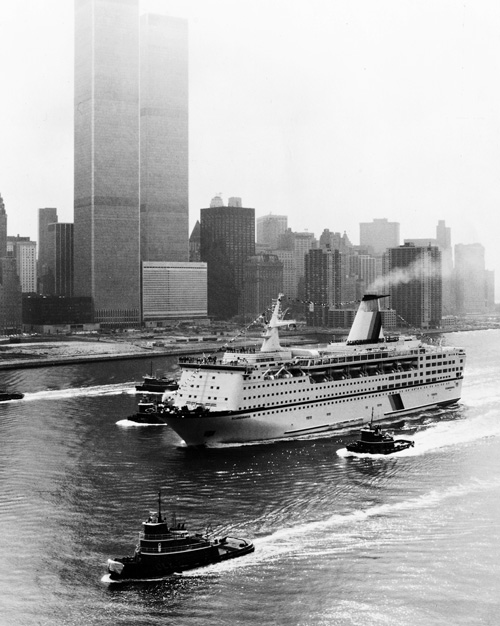 M / S Scandinavia, like many other luxury cruise ships, got a Metos kitchen in the 1980s. The virgin journey began in New York at the foot of the towers of the World Trade Center. The ship is still sailing in the Caribbean, but the twin towers completed in 1972 in the picture no longer exist. 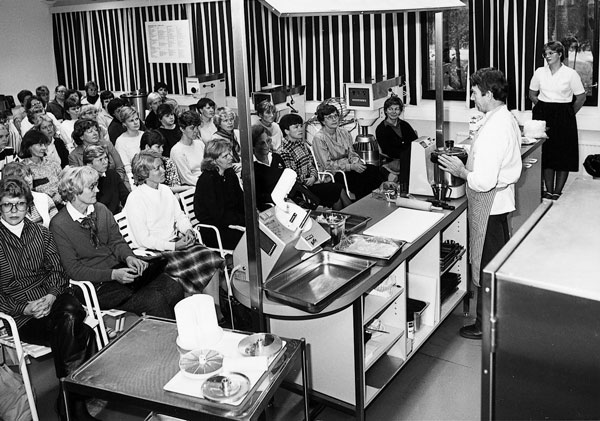 Training events organized by Metos have always been popular. In a picture taken in 1985, Veijo Vanamo lectures in a full hall in the training class connected to the equipment exhibition. 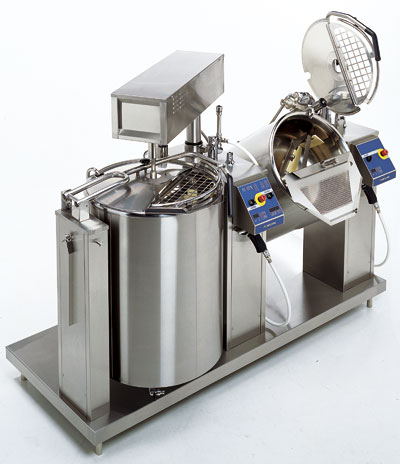 The top product of the 1990s was a Culino pot and a Culimix mixer. In 1997, Culino won the prestigious Apria Prize at the Equip’hôtel trade fair in France. 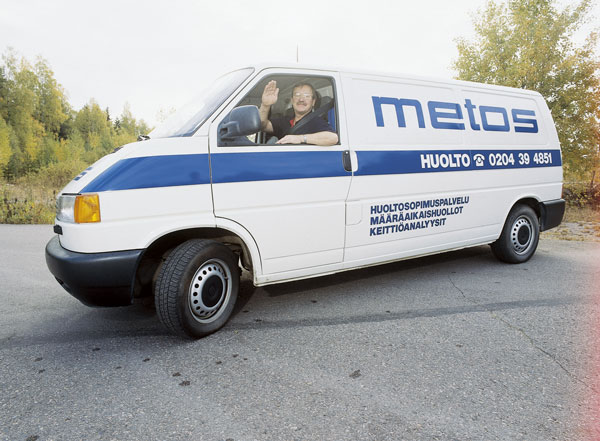 Metos’ own service network expanded in the 1990s to cover the whole of Finland. The systematic recording of the installed equipment and the maintenance measures performed on it in the databases, which began at that time, raised the speed of the service to a whole new level. 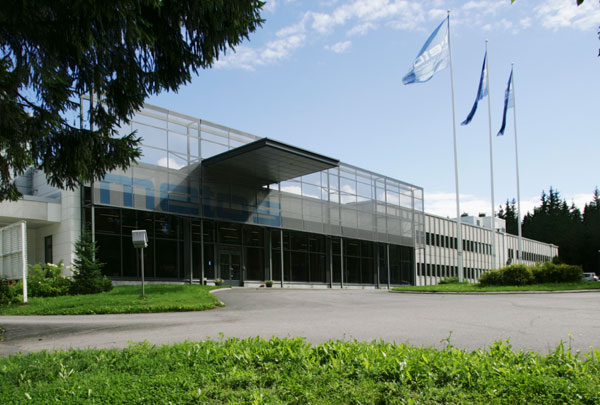 Metos Center was completed in Kerava in 2002.